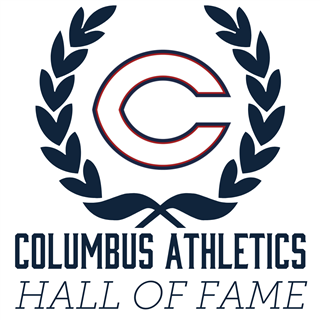 It's our privilege at Christopher Columbus High School to honor our most outstanding alumni athletes through our Athletic Hall of Fame, which was started in 2009. The inductees to this prestigious group must have graduated from CCHS and been out of school for at least five years and have been chosen 1st Team All-County or 1st Team All-State or played at Division 1 or 2 level in college or played professionally.

If you would like to nominate an alumnus to the Athletic Hall of Fame, e-mail Alumni Director Barbara Branas at bbranas@columbushs.com and be sure to include:


The pictures of all Columbus Athletics Hall of Famers are displayed in a special area on the second floor of the All-Sports Fitness Complex.

All members of the Columbus Athletics Hall of Fame are listed here alphabetically for easy discovery and information access. Click + to expand each section.

Christopher Columbus High School | 3000 SW 87 Avenue | Miami, FL 33165 | (305) 223-5650
Brotherhood, Faith, and Scholarship define the Marist Brothers Catholic education at Christopher Columbus High School.  By making Jesus Christ known and loved and creating an inspiring academic and extracurricular environment, we prepare young men for higher learning and a life-long commitment to leadership and service through Gospel and Marist values.
Columbus is fully accredited by Cognia and is a member of the Marist Association of Secondary schools, the National Catholic Education Association and the Independent Schools of South Florida.